Want to Join the Masons?

Ever wonder what it takes to become a Freemason?  It's not for everyone, but it will be the most rewarding experience of your life.  Find out more here: 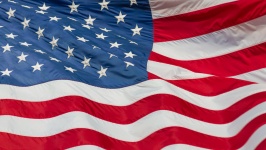 We are all proud Americans and displaying our national symbol is one of the ways we show that pride.  We fly the flag in front of our homes, and we waive the flag during parades and other events.  And, over the years, those flags can become very tattered and worn.  You just can’t throw that flag away.  So, what can do with it once it becomes worn, faded, and tattered after serving its ceremonial duty? 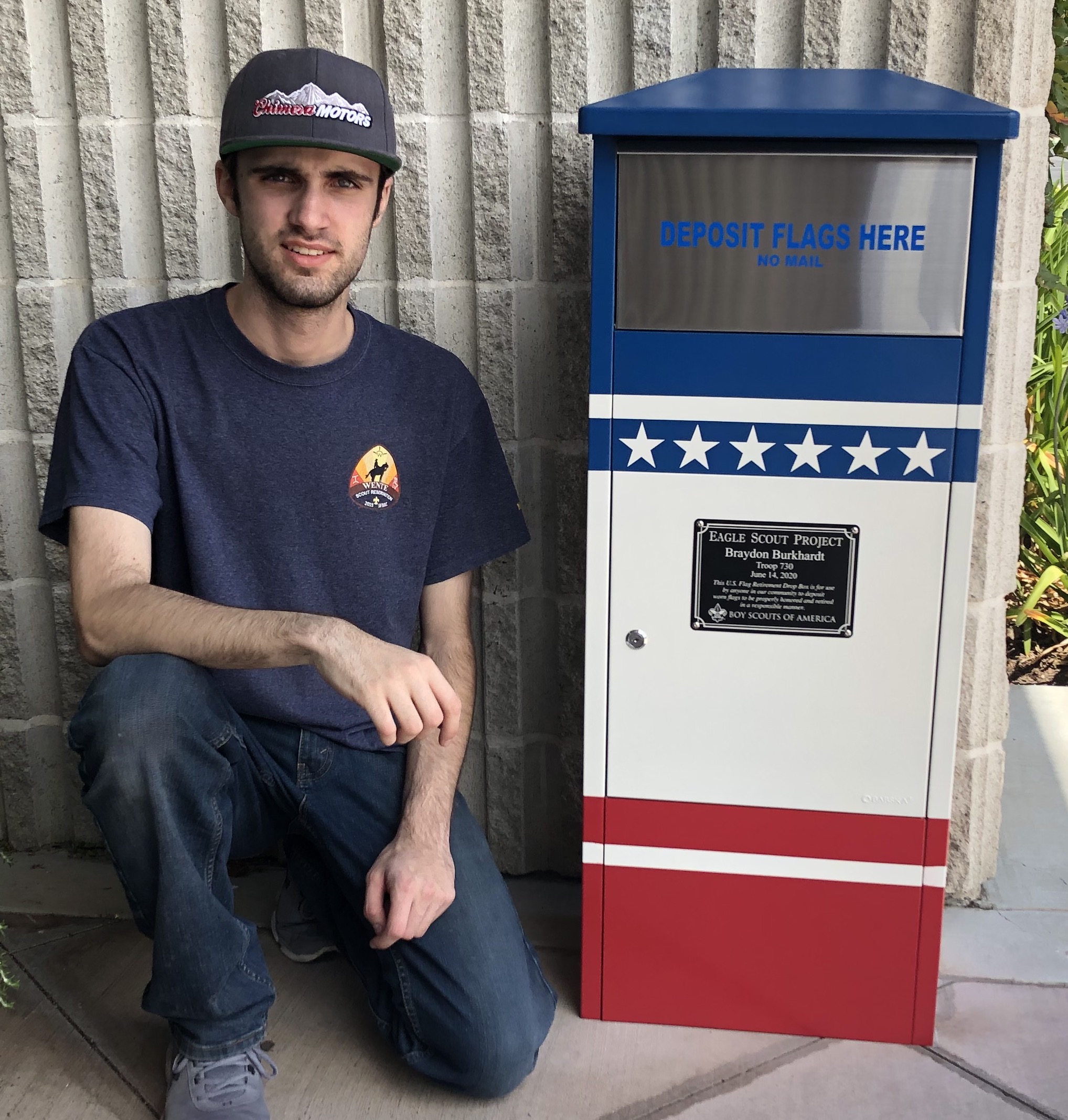 I recently had the pleasure of interviewing a young man by the name of Braydon Burkhardt, who came up with a great idea for his Eagle Scout project.  He and his team, planned, built, and installed flag retirement deposit boxes for the community here in the South Valley.  Currently there are two of these deposit boxes, one here at the Leverton Morgan Hill Masonic Center on Dunne Avenue.  The other is at the Coldwell Banker office on Tennant Station in Morgan Hill.

Many people don’t realize that there is a formal way to properly retire an American Flag with honor. The United States Flag Code, Title 4, Section 8k states - “The flag, when it is in such condition that it is no longer a fitting emblem of display, should be destroyed in a dignified way, preferably by burning.” Flag Retirement is the term used to define the proper, dignified way of destroying United States flags that are no longer fit to serve the nation.  When you deposit your worn, tattered flag in the deposit box, the Lodge will transfer it to the Scouts and other various organizations for proper retirement. 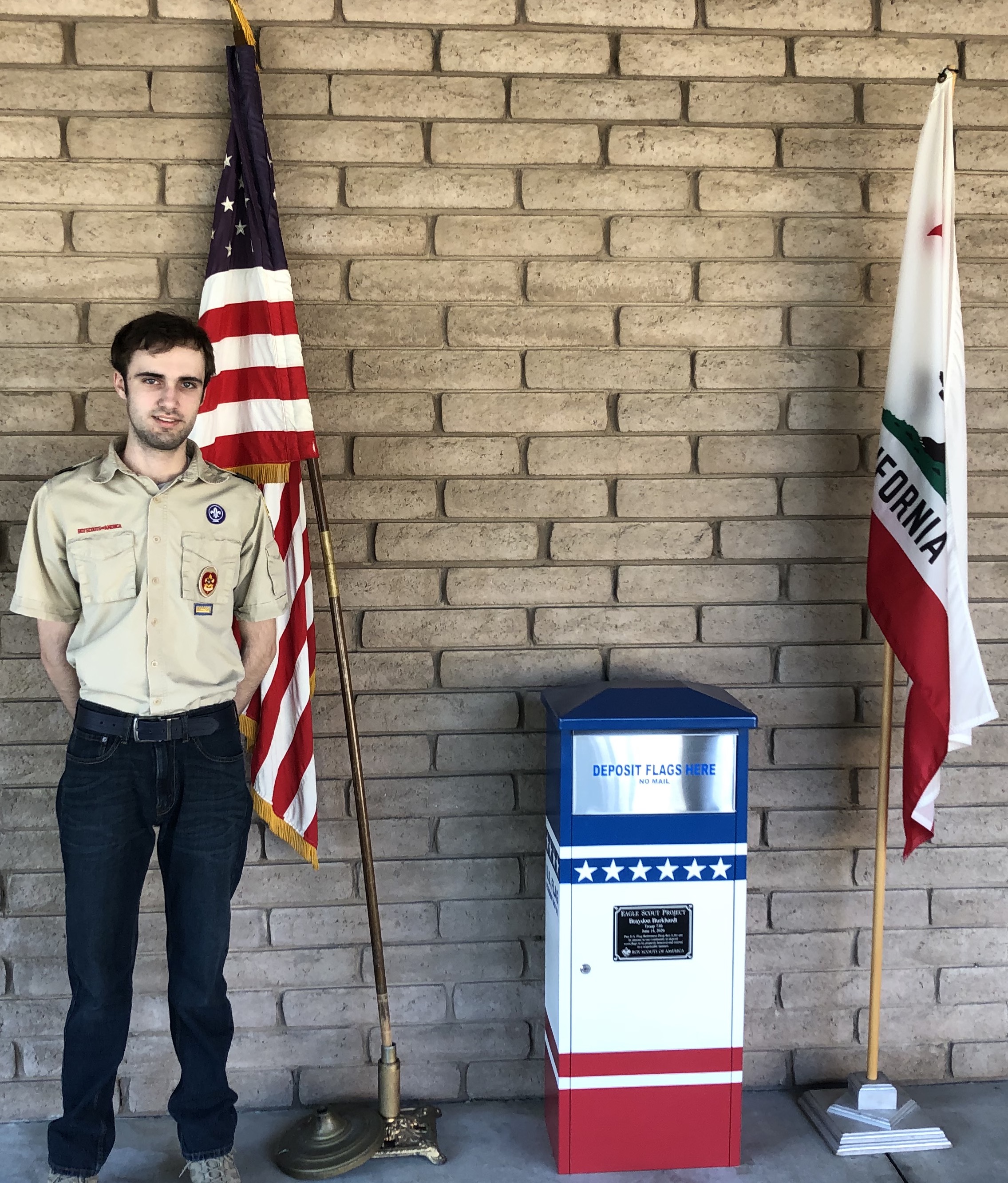 An over 9-year member of Scouting, Braydon said that he wanted to do something for his Eagle project “that had a direct impact on the community”. By creating these flag boxes, he provides a place for the community to deposit their flags with the assurance that those American symbols will be treated in the proper way.

Additionally, Braydon not only realized some new construction talents in creating and installing these boxes, he also gained invaluable leadership, communication, as well as project and logistics management skills while leading and directing the project.

Braydon’s mother, Brooke said “We’re very proud of our son and we’re very excited and pleased with the outcome of the project.  This project took tons of hours [to complete] and he had the drive to push through the project.”  She continued saying “the response to the project has been fantastic.”  She is thrilled with the experience this project provided to Braydon and said that “we’re very appreciative for everything that Scouting has given him”.

Braydon just graduated from Ann Sobrato high school in Morgan Hill and has been accepted into the Cal Poly, San Luis Obispo undergraduate program and plans to complete the accelerated Masters program with his eye on electrical engineering and semiconductor manufacturing in the future.

And, after speaking to this young man about this project, I am confident that our collective futures are in great hands.  Bravo Braydon on a job well done!